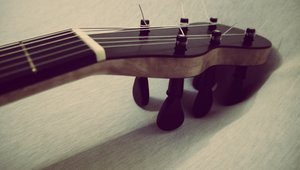 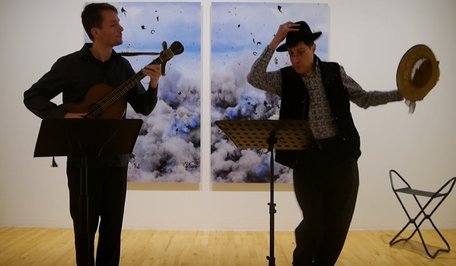 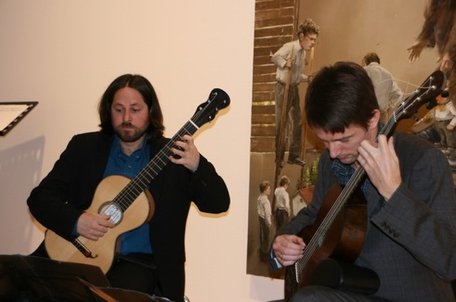 which was the original instrumentation of these early

guitar concertos. The first known work with the title,

is thus the only guitar concerto from the 18th century.

It was followed by Charles Doisy 1801 and Antoine de

Runar Kjeldsberg has a long running collaboration with

tenor Tyrone Landau. They have three programs together:

himself a guitarist. Runar Kjeldsberg and tenor Tyrone

Landau performs this entertaining and informative

concert from a very famous person’s life, but from a

slightly different angle than most of us are familiar with.

A collection of songs for baroque guitar and voice written

copy of the famous Sabionari guitar by Antoni Stradivari

A program of British songs and guitar pieces from the 20th century. A time when there was written a lot of high quality repertoire for the guitar and the voice. Composers: M. Sieber, L. Berkeley, J. Duarte.

Together they perform a virtous and exciting program with

M Giuliani and even Mozart himself. Runar and Jacob

shares a passion for historical guitars and they both

have an original early 19th century Italian made guitar,

something that makes the sound of this duo extraordinary.